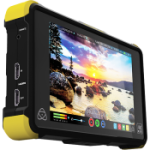 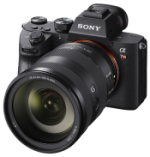 The Wildlife Film School is proud to be able to permit you to film all of your footage during your film course in 4K. Not only do we have one of Sony’s best ever selling 4K cameras the PXW-FS7; but we also have a Sony Z100, DJI Inspire Quadcopter (with twin control units (one for the pilot, one for the camera operator)) a DJI Ronin MX hand-held camera stabilisation system, Tilta G2X DSLR one-handed camera gimble, DJI Osmo, Konova K7 Slider for time-lapse photography/film, all of which are fully capable of filming in True 4K; plus a selection of various grip, tripod and support equipment.

With having 4K camera equipment, it’s also necessary to have the computer equipment and software capable of handling the 4K footage. When you add the further complication of editing on location in a tent, and we’ve had to look long and hard to find a complete mobile editing system that was capable of giving you the necessary power to complete your project out in the field.

Using the latest professional 4K cameras, lenses and our mobile 4K editing systems, we can guarantee the footage/films you produce during your course will be of the highest production and image quality, giving you a major advantage as you embark on your wildlife film career. 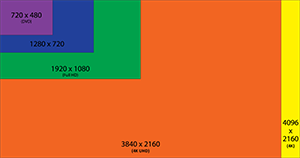 4K refers to the resolution of the image. It comes in two flavours, UHD (Ultra-High Definition) and ‘True’ 4K.
The term 4K is often used interchangeably and can refer to both formats; our equipment has the ability to shoot in both kinds of 4K.

UHD measures 3840×1260 pixels – exactly four times the size of Full HD/1080p. For this reason it is sometimes called QFHD (Quad Full HD).
‘True’ 4K measures 4096×2160 pixels; slightly wider than UHD. This is a cinema standard whereas UHD is a broadcast/TV standard.
The WFN Film School, films in True 4K.

Filming and editing in 4K brings with it huge advantages.
As with the upgrade from Standard Definition (SD) to High Definition (HD), TV and film companies are now making the transition from HD to 4K. A larger resolution image first and foremost makes the image appear much sharper and clearer as it can hold four times as much detail. Even when filming in 4K and displaying on a regular HD screen, the image will look significantly crisper.

Filming in 4k future proofs all of your footage. What happens when the BBC NHU only want footage in 4K? Even if you are delivering HD video as the end product now, filming in 4K means you can archive that same film in a much higher resolution for when in a few years down the line you or your clients need it at that size.

Even if you do not plan on finishing and storing the film in 4K, having that extra resolution grants you extra flexibility whilst editing. You can re-frame if you didn’t get it quite right in camera or simply change your mind about the composition. You can more easily and efficiently stabilise shaky footage, and crucially for wildlife filming, you can crop in by a factor of two. By filming 4K and cropping in, you can still get a Full HD image from the centre of your image, effectively doubling your focal length or zoom, without having to use a lens twice as long and heavy. If used in conjunction with an extender on the lens when shooting, cropping in could give you as much as x4 reach.