Editing in the field itself is no mean feat, though as a direct result of filming in 4K, we also need to edit in 4K.
This brings with it it’s own technical hurdles and we have built a mobile editing system to overcome these challenges. 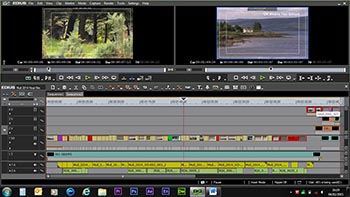 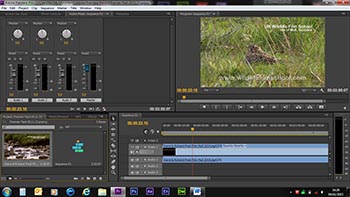 Editing will be performed on an Apple Mac Book Pro editing laptop. This is an extremely powerful computer that has been designed specifically by Apple for editing 4K video and is the highest specification that Apple presently make.
We will be using both internal and external raid storage systems required to store the massive amount of footage/data filmed over the course – to put this into perspective, at full resolution and bitrate, the Sony FS7 filming in 4K will generate 75 megabytes of data per second, or 4½ gigabytes per minute!
But do not worry, to store all the footage you have filmed we have a bank of 3 interconnected LaCie 12TB Thunderbolt™ hard-drives for editing back in camp; whilst out in the field we use 3 LaCie 4Tb ‘Rugged’ Thunderbolt™ hard-drives to transfer/store footage onto.

You will be editing in the field with Adobe Premier Pro CC – Adobe Premier is an industry standard piece of software that is used thought the world. Other software available to use to edit your final film includes Adobe Photoshop (Text, Graphics & Stills) Adobe Audition (Audio Editing).